Abortion rights are workers' rights: a guide for speaking up in your workplace.

Reproductive Rights are Workers' Rights: A Guide to Speaking Up

As we receive news that the Supreme Court has overturned Roe v. Wade, eliminating the constitutional right to abortion, we want to reiterate that the NewsGuild-CWA unequivocally supports access to abortion as a health care right and as a matter of personal choice.

NewsGuild members and staff from across the U.S. have been meeting since news leaked of the ruling to strike down Roe v. Wade to develop bargaining approaches that provides coverage for abortion care in collective bargaining agreements and to equip our membership with the tools they need to organize their coworkers to take action on this core labor issue.

The NewsGuild-CWA has long been an advocate for comprehensive health care that includes abortion, contraception and gender-affirming care. The Guild’s 1981 convention passed a resolution stating that abortion and contraception “should be a personal matter for a woman to decide.” That convention also passed a resolution calling on abortion to be removed from Canada’s Criminal Code. The NewsGuild will be providing members and staff with guidance to determine what type of health care plans are provided to our members, in order to fight for the most expanded protections that are available.

The constitutional right to abortion recognized by the 1973 decision was transformational for establishing the right to privacy and the right of women and all people to control their own bodies and make decisions about their own health care.

The NewsGuild-CWA vows to continue to fight for access to abortion as “a fundamental health care right and as a matter of personal choice.”

We encourage our members to respond to this assault on personal freedom and essential health care by doing what we do best: organizing to protect our rights in the workplace.

Alongside concerns about diminishing rights, many of the Guild’s journalist members have expressed concern about their ability to speak openly and honestly about abortion access without being penalized by management for engaging publicly with a so-called “partisan issue.” When the draft decision was leaked, some employers sent notices asking people to refrain from tweeting about the decision. The federal National Labor Relations Act gives most private-sector workers the right to unionize and take collective action, including protecting the right of workers to speak publicly about their working conditions.

Racial justice, protections for immigrant workers, gender-affirming healthcare and abortion access are all important issues that media workers have the right to publicly speak out about so long as we are connecting these issues to our working conditions and union.

With this in mind, we’ve put together some guidelines on how to ensure your speech on social media and in the public is protected. If you have questions or are uncertain, contact your union leadership. 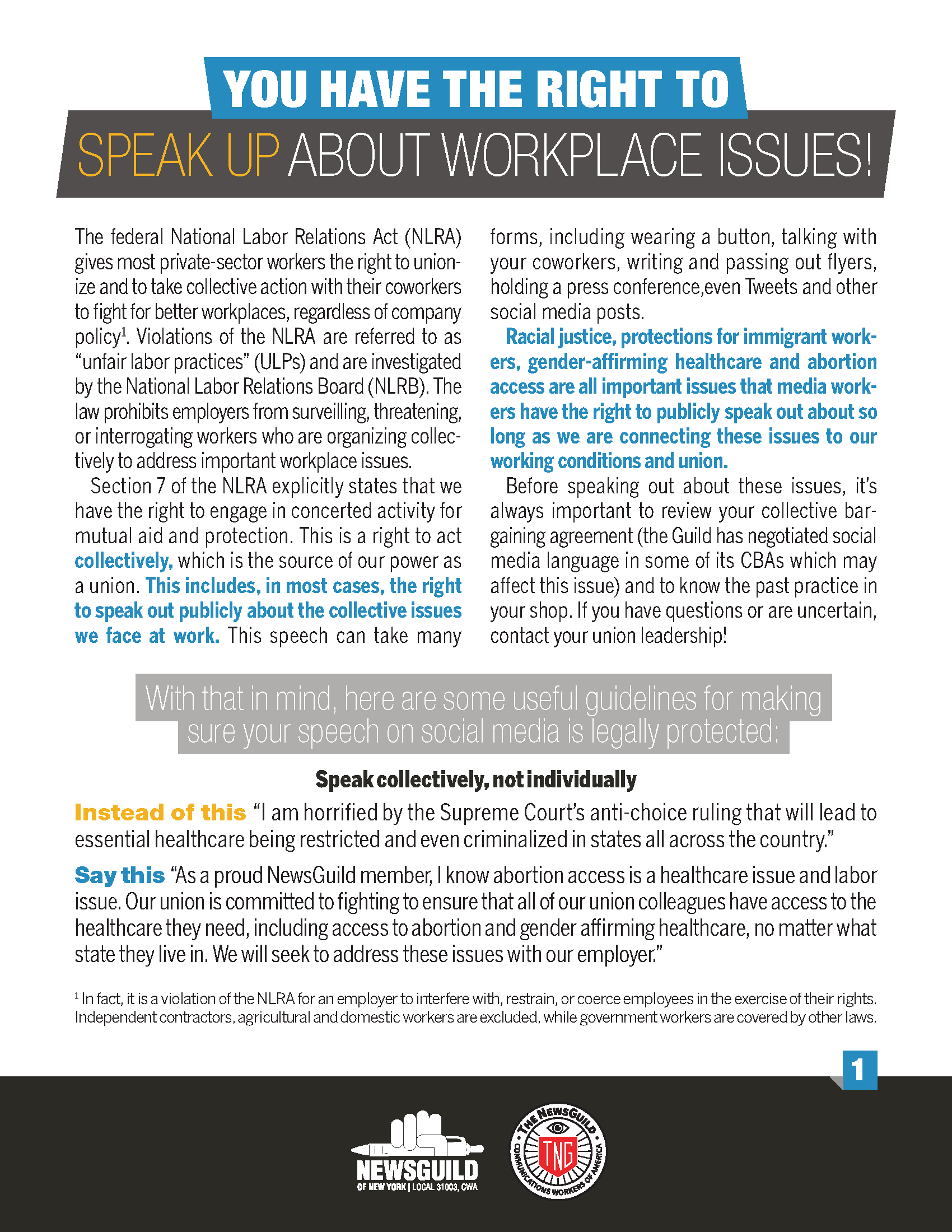 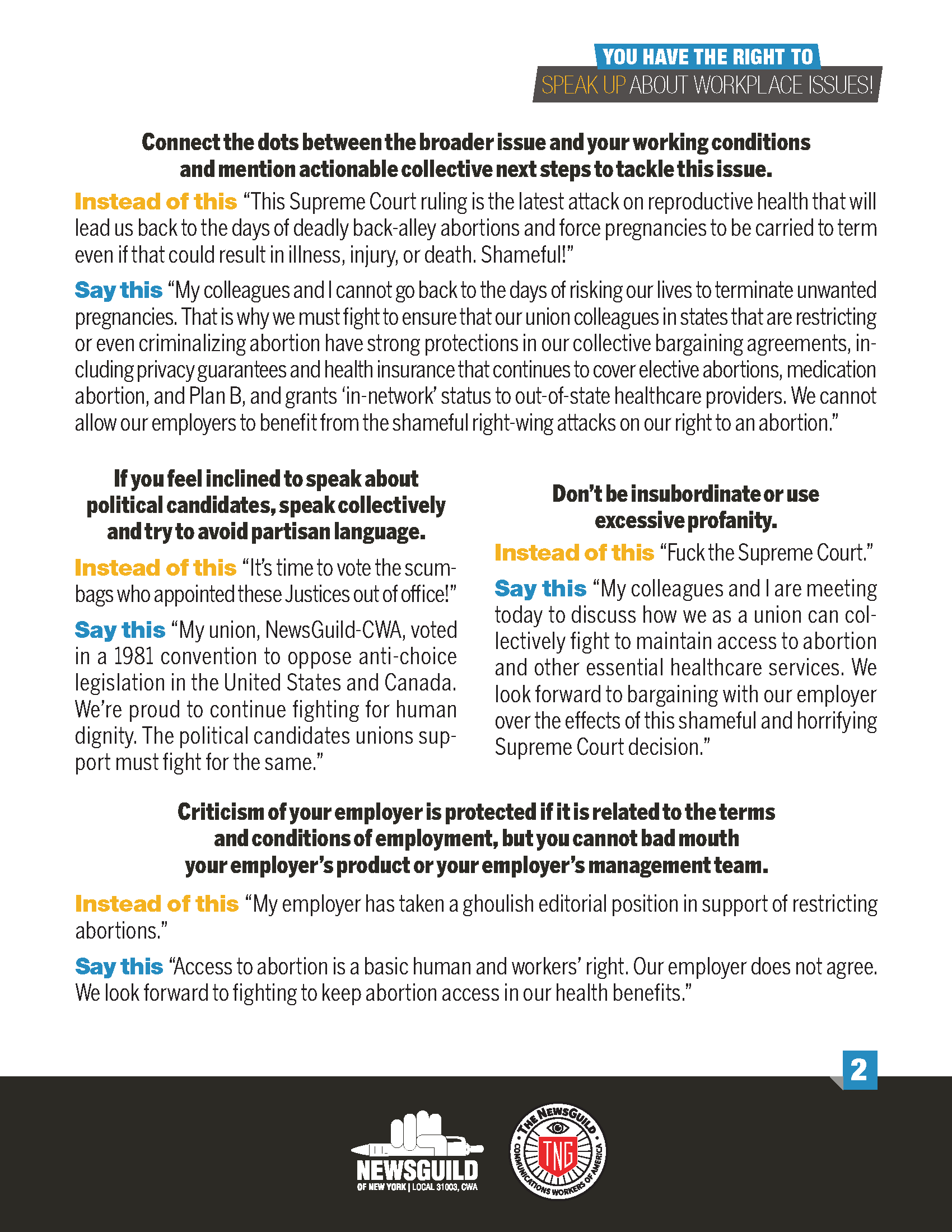